Starting with Drusus' Germania campaigns in 12 BC the Roman Empire tried to gain control in the general area east of the Rhine and north of the Danube, which the Romans called Magna Germania. The Romans wanted to make new borders along the rivers Elbe in the east and Vltava in the south-east. (Wikipedia: Magna Germania). 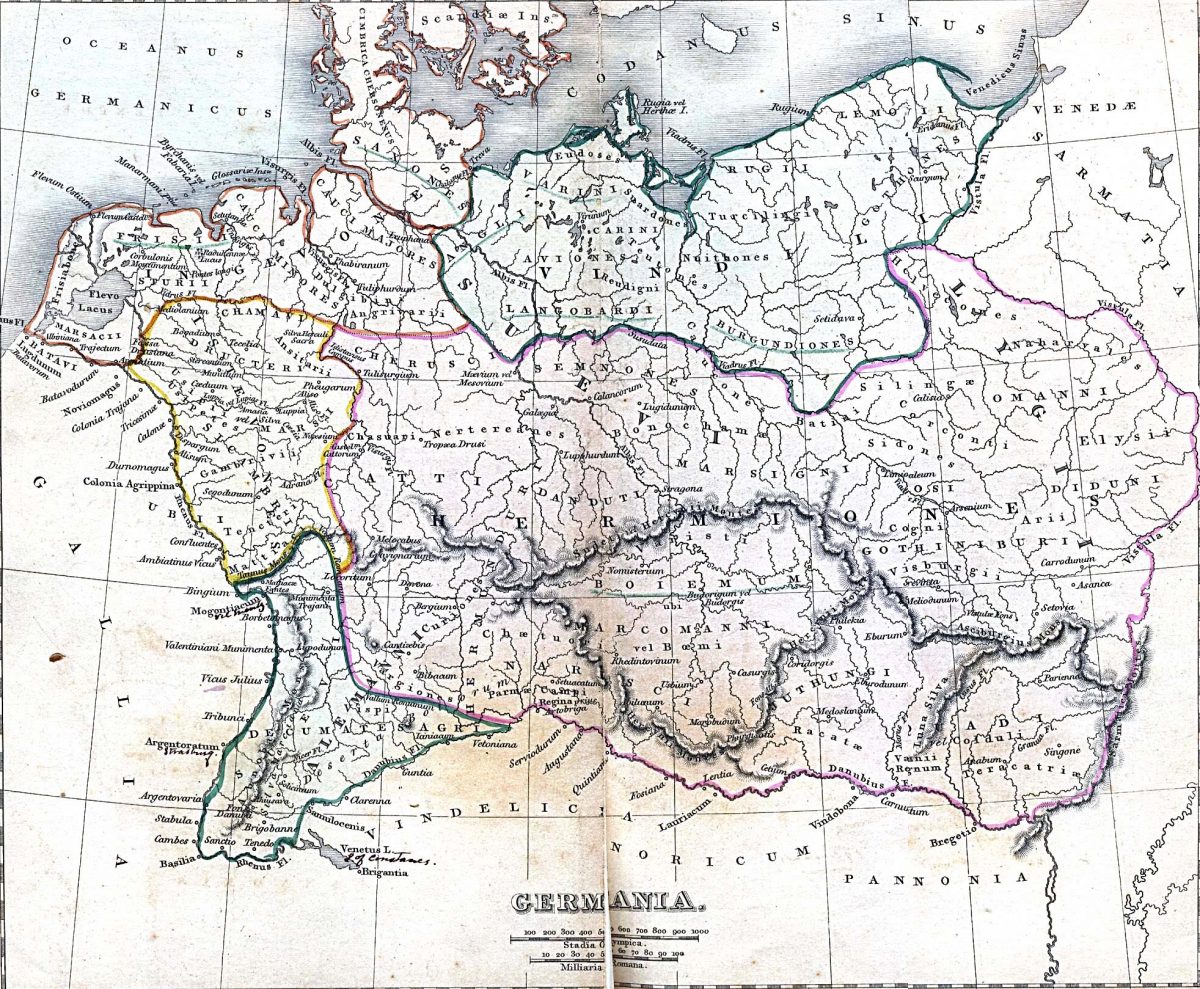 The Romans had over 20 years from the beginning of provincialism in 12 BC until the Teutoburg Forest Battle. Thus there must already have been a certain amount of infrastructure (roads, villages), because this was also important for the economic development of the province. The Romans must have made long-term plans, otherwise the Empire wouldn’t have lasted for over 1000 years, however the Roman empire was like a business and provinces had to pull their weight and so they couldn’t drain money for 20 years or more.

Based on the assumption that THE event of the 1st millennium in east of the Rhine Germania/Germany, the Roman occupation, has left cultural, infrastructural and archaeological traces, the aim of ALISONENSIS is to rediscover the whole infrastructure of the province Germania Magna. However, due to financial and time constraints, for the time being the author must focus on the area between the Paderborn Plateau and the Arnsberg Forest and the adjacent Hellweg Boerde.
The gain of knowledge of Roman roads, military bases and settlements also makes it possible to start to draw conclusions about the locations of the battles of the Roman-Germanic war, e. g. the Battle of the Teutoburg Forest.